Over the years, I’ve been able to join with Roman Catholic Christians to walk the Stations of the Cross. Usually this has meant travelling around the worship space, reflecting on 14 images from the last day of Jesus’ life. In another version, the reflections come solely from the scriptural telling of his final hours. Whether I’m alone or with a group, travelling either of these journeys is a powerful spiritual practice.

I’ve often wondered if the Stations of the Cross might be more helpful — or at least differently helpful — if they took a wider view than the last day. What might we experience of Jesus’ death and the resurrection with such a view?

Will you wander with me?

From my perspective, the Way of the Cross starts with the beginning of everything. When Creation came into being, with a word and a bang, it must have been quite a moment. On the grand scale of the universe, over 13 billion years of change, a lot happened before we showed up. Human beings have existed for around 200,000 years, with organized societies for about 6,000. In all of these moments, God has been present in, around and with Creation. In this light, we might see the Way of the Cross as connecting with all places, all times.

Second Station: “I will make my covenant between me and you, and will make you exceedingly numerous” (Genesis 17:2).

One of those early gatherings of people would become Israel. Through the Hebrew scriptures, we can explore the ways our spiritual ancestors understood their relationships with God. Stories of enslavement and freedom; of infertility and childbirth; of sibling rivalry and empire building; of covenants made, broken and re-formed — these too are the Way of the Cross.

Third Station: “To you is born this day in the City of David a Saviour, who is the Messiah, the Lord” (Luke 2:11).

Then Jesus is born, a child of Israel during occupation by the Roman Empire. Divine messengers proclaim that he is special. He is called “One who saves,” “God with us” and “Son of God” — names that are both religiously and politically charged. He is a refugee, seeking safety from genocide. While we don’t know much about his childhood, one story in scripture finds him teaching the elders in the temple. The Way of the Cross continues in the birth, and the life, of this child.

Fourth Station: “As he came up from the water… Jesus was led by the Spirit into the wilderness to be tempted” (Matthew 3:16 and 4:1).

Jesus’ ministry begins with his baptism in the Jordan River. As John lifts him out of the water, Jesus has a vision of the Holy Spirit. In the very next breath, the Spirit takes Jesus into the desert. Here, in solitude, he fasts and prays, and finds himself tested. He is invited to turn stone to bread and to test God’s call by jumping from a high place, but he declines. He is offered the entire world if he would worship the Tempter, but he declines again. At this point, he returns to the community and begins his ministry. The Way of the Cross is in Jesus’ choice to live with integrity in his relationship with God.

Fifth Station: “‘Woman, great is your faith! Let it be done for you as you wish.’ And her daughter was healed instantly” (Matthew 15:28).

Jesus is a healer. There are stories throughout the gospels of him curing skin diseases, paralysis, blindness and even death. Sometimes the healings challenge religious and societal rules. In this instance, a non-Israelite woman asks Jesus to heal her daughter, but he says he is only there for the children of Israel. She challenges him to see his calling in much larger terms. He learns and is changed. The Way of the Cross is not only about death and dying, but about growth and healing, too.

More on Broadview: Unravelling the myth of Mary Magdalene

Sixth Station: “They took branches of palm trees and went out to meet him” (John 12:13).

And now we come to Holy Week. Even knowing that the authorities have been searching for ways to quiet him, Jesus chooses to return to Jerusalem, the heart of those authorities’ power. He enters as people are preparing for Passover, a celebration to remember God freeing the people of Israel from slavery. Although he enters humbly, people see him as one who will lead them out of oppression. The Way of the Cross is also about people’s expectations of God — both realistic, and not.

Seventh Station: “Making a whip of cords, he drove all of them out of the temple” (John 2:15).

Jesus enters the temple and finds commerce taking place. People are there to purchase animals for sacrifice, then understood as a way of repairing one’s relationship with God. An entire system had grown around this process, which became a barrier to worship. Jesus is so overcome by what he sees that he throws the tables over and the people out. The Way of the Cross is about challenging unjust systems, especially those that are obstacles between people and God.

Eighth Station: “When the hour came, he took his place at the table, and the apostles with him” (Luke 22:14).

Jesus’ last meal is the commemoration of Passover. He blesses the bread and wine, and tells his disciples that each time they share it, they are to remember him. He reminds them to love one another, and tells them that they will never be alone. Afterwards, Jesus takes them to a quiet place, where he asks them to pray. The Way of the Cross is about hope, love and prayer in the face of oppression and possible death.

In the garden, Judas hands Jesus over to the authorities. Jesus is arrested and questioned. He is stripped, humiliated and tortured, forced to carry the instrument of his death to where he will be killed. Many of his disciples, fearing for their lives, disavow him and run away. Many, but not all. A group of women remain close, to stay with Jesus to his death. The Way of the Cross is a place where power works to kill and destroy.

Tenth Station: Jesus is crucified with two others.

Historic records tell of rows of crosses, each with someone who offended Roman law in some way. This is death by torture, a public death meant to humiliate and dissuade. The gospels tell of Jesus’ willingness to forgive his killers and to love those dying with him. They also tell of his fear that he has been abandoned by God. The Way of the Cross is a place where God’s love meets the worst of humanity’s fear and hatred. 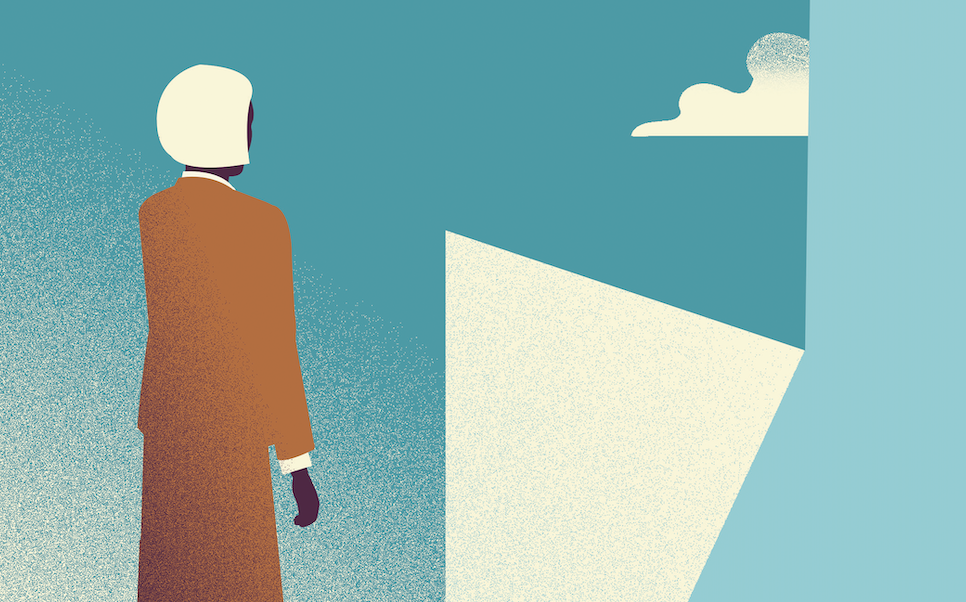 Although people would often endure for days when they were executed by crucifixion, Jesus did not. Before the sun goes down, Jesus gives his spirit into the Creator’s hands. The Way of the Cross is about death.

Twelfth Station: Jesus is placed inside the tomb.

Jesus’ body is placed in a tomb given as a gift from one of his disciples, Joseph from Arimathea. The body is wrapped according to the customs of his people, and sealed away until it can be properly prepared after the Sabbath. Jesus is dead, his family and friends are grieving, and the movement that had grown up around him and his teachings is in disarray. The Way of the Cross is about grief and loss.

The Way of the Cross is also the Way of Resurrection: of Christ, and Christ’s love, alive in the world forever. It’s about surprise and hope in ways that are unexpected, perhaps even impossible. Jesus appears before Mary and tells her to let the other disciples know what she has seen. They meet the risen Christ, who calls Peter to “feed my sheep.” The disciples go into the world to share what Jesus has given them. The Way of the Cross is about abundant life for all of Creation.

As I see it, the Way of the Cross doesn’t stop with Jesus. This final station might find us looking at a crowd of people from all over the world, or it might be a mirror. Here we reflect on the words of another of Jesus’ disciples, Teresa of Avila, who said, “Christ has no body now but yours….Yours are the eyes through which he looks compassion on this world. Yours are the feet with which he walks to do good. Yours are the hands through which he blesses all the world.”

The Way of the Cross is the Way of Easter. Not just a moment in time, it reaches right back to the beginning, is now, and continues to whatever end there might be.

This article first appeared in Broadview’s April 2020 issue with the title “The way of the cross.”

Broadview is an award-winning progressive Christian magazine, featuring stories about spirituality, justice and ethical living. For more of our content, subscribe to the magazine today.