With her debut collection of short stories, Shut Up You’re Pretty, Scarborough, Ont.-based Téa Mutonji has quickly joined a club of talented writers — includ­ing Carrianne Leung, David Chariandy and Catherine Hernandez — who have recently set highly recommended works of fiction in the eastern part of Toronto. All four of these writers are people of colour, and bring incredible nuance and detail to their stories of the diverse people who call this part of the GTA home.

With stories like these, we are lucky to be readers in Canada right now. For decades, mainstream Canadian literature hasn’t adequately reflected the diversity of the country itself, but there is a growing acknow­ledgement that previously neg­lected voices deserve better representation in an industry that has long been dominated by white people.

Things are changing, and it’s in part thanks to people like Vivek Shraya, who mentored and supported Mutonji in the creation of Shut Up You’re Pretty. In 2017, Shraya, a multi-­disciplinary artist and assistant professor of creative writing at the University of Calgary, launched VS. Books, a publishing brand for young Indigenous, Black or otherwise racialized writers. Each year, Shraya mentors a young writer from one of these communities as they produce a manuscript to be published through VS. Books. Mutonji was selected as the first writer in 2017, and her book was released this spring.

Shraya hopes that VS. Books will make it easier for writers to publish their first book and push through the systemic barriers she faced in her early career. Aside from the book deal, she offers writers guidance, support and encouragement. The goal is to help new writers feel more confident and thrive in a world that continues to discount the experiences and work of racialized people. 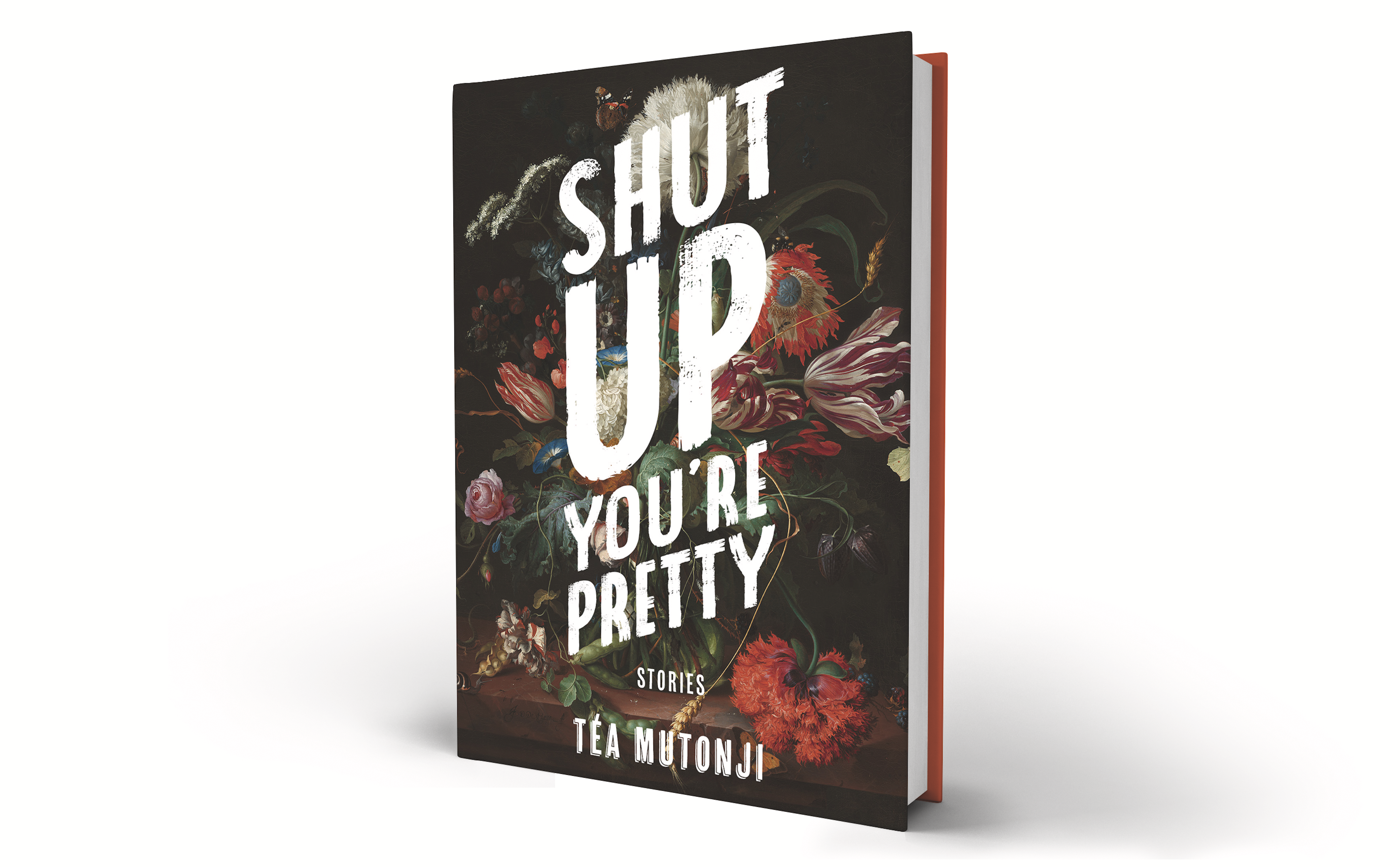 Shut Up You’re Pretty comprises 18 short stories linked through the character of Loli, a Congolese refugee who comes to Canada with her family as a child and moves into a low-rise community housing complex in Scarborough.

Loli soon meets Jolie, a girl who also lives in the complex, and we’re launched into a world where characters defy our expectations, break our hearts, make us laugh, and expand our ideas of identity related to race, class, gender and sexuality.

Mutonji writes in a no-holds-barred, yet elegant, way. She conveys plot with a tight but generous style. Readers will find themselves stopping to admire how she catches both small details and greater truths. As for the latter, in the story This Is Only Temporary, Mutonji deftly slices through outside perception of Loli’s community, as portrayed by the media after the beating death of a Black youth there, by contrasting it with the reality of what their lives are like as they come together to take care of each other.

Shut Up You’re Pretty is a tough read at times. By the end of the book, Loli is in her 20s, and we have lived through a lot with her — death, sexual assault, fierce and changing friendships. Life for Loli and those around her isn’t easy. But you won’t regret spending time with these characters, and they are likely to linger with you long after you put the book down.

This story first appeared in the June 2019 issue of Broadview with the title “Diversifying CanLit.” For more of Broadview’s award-winning content, subscribe to the magazine today.