Coral bleaching, floods, bushfire, biodiversity decline and extinction – as we witness the effects of climate change, amid a stream of reports warning of the cost of government inaction, it is easy to feel overwhelmed.

How to counter the gloom? We asked six environmental experts to each nominate a book about the climate crisis that offers hope.

1. All We Can Save: Truth, Courage, and Solutions for the Climate Crisis – edited by Ayana Elizabeth Johnson and Katharine Keeble Wilkinson (2020) 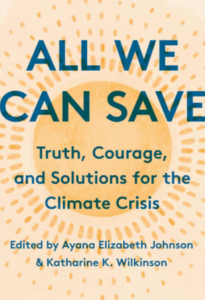 Despair, disempowerment and division are all enemies of positive action, and crippling in the face of tremendous challenges such as the climate change crisis. All We Can Save is the antithesis of such emotions and concerns. Hope is a powerful motivator, especially when it’s delivered in such a creative, thoughtful, inclusive and diverse way.

Critically, All We Can Save brings together women’s voices, spanning culture, geography and ages. Women are still, shamefully, not heard nearly enough – and worse, actively suppressed in some instances and quarters. Society suffers because of this.

In this book, however, scientists, farmers, teachers, artists, journalists, lawyers, activists and others share their unique perspectives, through their essays, poetry and art. They explore how to confront the climate crisis, the damage already inflicted, but most importantly, how to bring about positive change and progress.

Food for the mind and soul, at a time when it’s needed more than ever.

2. Great Adaptations: In the Shadow of a Climate Crisis – Morgan Phillips (2021) 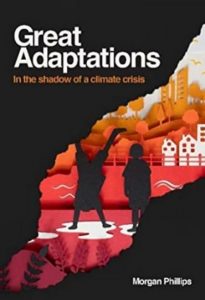 There is no point in pretending. There are no “good stories” about global warming. They are all framed by the crisis we refuse to talk about in Australia. We desperately need a national conversation about how to live in the perilous world forming around us.

Morgan Phillips’s Great Adaptations: In the Shadow of a Climate Crisis is not an Australian book. Its perspectives are international – British, European, Nepalese, North American.

Phillips doesn’t flinch from contemplating bleak prospects: systemic collapses, food and water insecurity, biodiversity decline. But his focus is neither on sheer doom, nor naive techno-optimism. He instead brings careful balance to his consideration of good adaptation and harmful (mal) adaptation.

He pushes us to think beyond fragmented reactions to individual climate catastrophes, such as droughts, fires, floods and storms – reactions that favour the wealthy and are based on the delusion that all will spring back to “normal.”

His aim is realistic “transformative adaptation.” He argues for enduring, flexible and equitable adjustments to nature’s new lottery. At the heart of his examples of success – from “fog harvesting” for water in arid Morocco to climate-responsive agro-forestry in Nepal – is the need for constant dialogue to guide adjustments to changing conditions.

Great Adaptations is a brilliant provocation for the discussion we must have.

3. Who Really Feeds the World? The Failure of Agribusiness and the Promise of Agroecology – Vandana Shiva (2016) 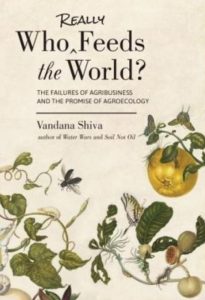 How might fair and just food systems be fostered – systems that are resilient in the face of climate chaos?

In Who Really Feeds the World? The Failure of Agribusiness and the Promise of Agroecology, Vandana Shiva sets out principles and practices that may offer some solutions. Drawing on a range of examples from around the world, including the
Navdanya movement based in India (which she founded), Shiva presents agroecology, living soil, biodiversity and small-scale farming as life-affirming responses.

Small-scale farmers on small parcels of land already produce 70 percent of the world’s food. They really can feed the world.

The challenge then – one of many – is how we might breathe life into the principles advocated by this award-winning environmental activist, recipient of the Right Livelihood Award and Sydney Peace Prize. In an Australian context, this will include addressing the violent settler-colonial foundations upon which Australia’s agriculture and food systems have been built. 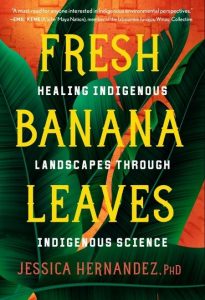 Raging fires, desperate droughts and unprecedented floods underscore the power and terror of the climate catastrophe. As we experience these brutal reminders of our dependence on healthy ecosystems, many of us are searching for a different way to reconnect with the world around us.

In Fresh Banana Leaves, Jessica Hernandez offers us the concept of “kincentric ecology,” in which the enduring relationship between Indigenous peoples and place is one of mutual interdependence.

She argues that “we are not separate from nature” and that “Indigenous peoples view their natural resources and surroundings as part of their kin, relatives, and communities.”

Hernandez’s book demonstrates the power of Indigenous science (and the leadership of Indigenous peoples) to help bring all of us back into good relations with nature. In doing so, she offers us a glimpse of a decolonised, just and sustainable future. 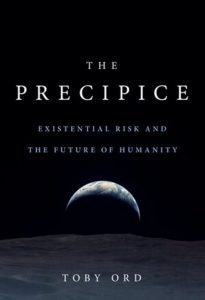 In The Precipice, Toby Ord considers a range of “existential risks” that could, in the next few centuries, curtail the immense potential for long-term human flourishing. It leaves me perversely hopeful about climate change for three reasons.

Firstly, while acknowledging that climate change will cause immense suffering, Ord only identifies a few, relatively unlikely scenarios that leave humanity extinct or “stuck” barely surviving.

Secondly, he considers a range of human-generated and natural risks that are of even greater concern. Many of these risks are exacerbated by the increasing accessibility of powerful technologies once available only to elites, such as bio-engineering and artificial intelligence. These are all risks that we either create or will need to cooperate to mitigate; their occurrence and their level of impact are within our influence.

Thirdly, Ord makes a compelling case that we have many of the institutions, technologies and policy tools necessary to manage long-term existential risks. There is work all of us can do now to help. Climate change can make many other risks worse. Solving it requires solving others at the same time.

The Precipice leaves one with a sense that we will need to be better humans to make it through the next centuries, but a brighter future awaits. If we attain this future, we will deserve to, because we will have married our power and prosperity with civilisational maturity, compassion and wisdom.

6. Trees and Global Warming: The Role of Forests in Cooling and Warming the Atmosphere – William J. Manning (2020) 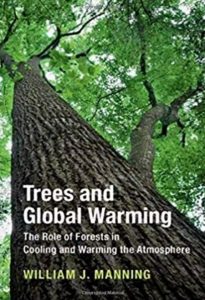 As climates change and Australia warms, trees are often seen as a panacea, but, as is invariably the case with ecosystems, things can be complicated.

As William J. Manning tells us in Trees and Global Warming, trees can warm as well as cool the atmosphere. The colour of their leaves (light or dark green) influences how much radiation is absorbed, transmitted and reflected, and how much they cool.

Manning is not looking at trees and forests through rose-coloured glasses, but through a strong scientific lens. They come out as winners when it comes to tackling climate change because, cultivated effectively, they can shade and cool, reduce the urban heat-island effect, sequester carbon, and much more.

Trees are an essential, cost-effective and sustainable part of living with climate change. We must protect the trees and forests that we have. Planting more trees is part of a quick and cheap solution, providing more liveable towns and cities across our continent.

Correction: The book Great Adaptations was initially described as aiming for realistic “deep adaptation.” This has been amended, at the author of the book’s request, to “transformative adaptation.”

This article is republished from The Conversation under a Creative Commons license. Read the original article.